Lemon facts and benefits of lemon.

Lemon facts and benefits of lemon, an introduction to Lemon Essential Oil.

Ancient and Traditional uses around the world. Citrus Limon - Luscious, lovely, uplifting acid fruits, lemons add zest to any dish or drink, they heighten senses and revitalize with their aroma, surroundings are brightened with their colour. These zingy fruits are renonwned for their cleansing and restorative qualites - an everyday fruit with an extraordinary range of uses, which have been employed by cultures around the world since Ancient times.

The Lemon tree originated in South East Asia - China, Japan and India, now as it has traversed the globe, it is widely associated with the Western world especially the Mediterranean and the sunny climes of both, California and Florida in the United States of America.

In the Eastern world, lemons were revered not only for their medicinal use but also as good luck charms, decorative and aromatic additions to the household. In Ancient Egypt, Lemon Essential oil was used to embalm the dead and lemons were placed in the tombs along with figs, dates and often an unfortunate cat - for the journey to the afterlife.

By the first Century AD citron trees were well established in Europe, having come from the East along the trading routes - highly prized, rare and intensly aromatic.

Aristotle and Pliny were known to have advocated the therapeutic use of lemons, using them as an rubefacient, to counteract arthritic symptoms, as detoxifying agents and as an astringent. In Greece, lemon trees were planted in close proximity to olive groves as pesticides, to prevent parasitic infestations. Lemon juice was used to wash linens and the rind placed inside cupboards to prevent moths - a practice which continues today.

Virgil refers to the trees as the "Median Apple", a direct reference to its origins, Media in Persia - modern day Iran. In the Pompeiian excavations of 1951, the "Orchard House" depicts lemon trees and fruits in its frescoes. Emporer Nero, who was terrified of being poisoned (not without justification, as he wasn't a very nice chap !) reputedly and religiously drank vast amounts of lemon juice to detoxify his body and counteract the effects of possible poisoning attempts, on a daily basis. The Ancient Roman Empire cultivated the trees on a large scale in the 4th Century under Palladius - a prominent agronomist of the time.

By the 9th Century AD, lemons were being grown in North Africa, Moroccan foods began to arrive in Spain, with the Moors, in Andulusia, from the Holy wars - the lemon tree was one of the treasures brought back with the Crusaders. In the 1400's, lemon trees were planted extensively in Italy and Spain. Christopher Columbus took lemon seeds to the New World, to Haiti in 1493, followed soon after by the Spainish adventurer and explorer, Ponce de Leon, who was searcing for the elusive "Fountain of Youth". Ponce de Leon alighted on the shores of Florida, America, his sailors having been instructed to plant 100 lemon seeds wherever they landed - this was the beginning of the great citrus industry in Florida.

Lemons were now widely acknowledged for their therapeutic qualities in 1698, Nicholas Lemery classified them in his book of simple drugs, as amongst other things, a digestive, a blood cleanser and a breath sweetener and mouthwash. By the middle of the 17th Century, the Dutch explorers had introduced the Lemon tree to South Africa.

James Lind, the Scottish physician proved in 1753, that citrus fruit prevented scurvy and lemons were indeed an effective antiscorbutic - unfortunately the British Navy in its wisdom decided NOT to acknowledge this important lemon fact and thus did NOT issue lemons on long sea voyages to counteract the effects of scurvy until the 19th century ! Lemons were a valuble commodity and were considered luxury goods, especially in the Northern territories. The nickname for British sailors "limeys" comes from the reference to lemon consumption, on board, eaten to reduce the effects of scurvy on long distance travels.

Giacoma Casanova, the 17th Century Venetian, adventurer, academic and author and infamous womanizer was reputed to have insisted on the use of lemon contraceptives with his lovers. Lemon halves were used as a natural diaphragm, this lemon "cap" was probably quite effective as the citric acid in the lemon would immobilise the sperm cells very quickly.

In Victorian England, lemons were grown in wellheeled English homes in drawing rooms and garden rooms, as a sign of wealth and prestige - lemon wedges were served with tea, added to foods, drinks, pot-pourris and generally used not only to preserve and add flavor but to show off the hosts affluence, as much as possible !

Lemons started to find their way into the British nations' culinary awareness at this time, also the therapeutic qualities were being recorded and documented in their usage. From Charlotte Powys' book of folk wisdom, in the British museum, comes the remedy of " a large spoonful of honey to a pint of water and a little lemon juice (and a little rum if liked), well boild and scum'd til clear, a spoonful now and then, or a bason full as a sweat" ,this was Charlotte's lemon cure for a bad cold !

During the First World War in France, lemons were used extensively in hospitals for not only their nutritional benefits but also for their antiseptic and antibacterial properties.

In Maud Grieves book - Modern Herbal- written in 1931, she states some of the attributes of the lemon as being a good astringent, used for gargles, helpful in jaundice and an antipyretic.

Throughout history lemons have been recognised for their vast range of uses and have come to be known as a cure-all, a polyvalent. Medicinally, a lemon fact, that lemons are recognised for their diuretic, detoxifying, astringent, antiseptic, antiviral and antibacterial properties. In aromatherapy it is regarded as one of the most versatile and beneficial oils. In beauty, it is widely used for skincare and cleansing, also it is extensively used in the perfume and the pharmaceutical industry. In the commercial food industry it is used in enormous amounts for carbonated drinks. within our homes they are used on a culinary basis, daily. Lemon facts and benefits of lemon, an introduction to Lemon Essential Oil. Ancient and Traditional uses around the world.

Go to Lemon Aromatherapy Essential Oils Guide - the page that lists all of the other related lemon pages at Anayennisi Aromatics.

Go to the Lemon Essential Oil page - for more information and lemon facts.

Go to the How to Make Soap page - using Lemon Essential Oil.

To find what you are searching for quickly, on the Anayennisi Aromatics site, enter your search term into the box below :)

[?]Would you like all the latest news from Anayennisi Aromatics ? Subscribe here.....it's free and easy to do !

Would you like  to receive Anayennisi Aromatics free monthly mailout....full of great new recipes and wonderful aromatherapy tips straight to your mailbox ? If so pop your email in the box below :)

A warm , sunny Welcome..... to Anayennisi-Aromatics.com 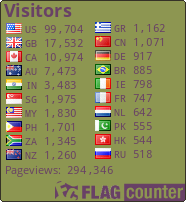 Copyright © 2012-2021 www.Anayennisi-Aromatics.com All information and content on this website is protected by copyright. All rights are reserved. Users are prohibited from modifying, copying, distributing, transmitting, displaying, publishing, selling, licensing, creating derivative works, or using any information available on or through this site for commercial or public purposes unless written permission has been obtained from Anayennisi Aromatics.com

Always observe the cautions and safety data when using essential oils - Please read the Safety, Precautions and Cautions for use and Anayennisi Aromatics Disclaimer - you will find the links on the bottom of the Navigation bar. This site uses cookies - please go to the Privacy Policy on the Navigation Bar for more information on our cookies policy.